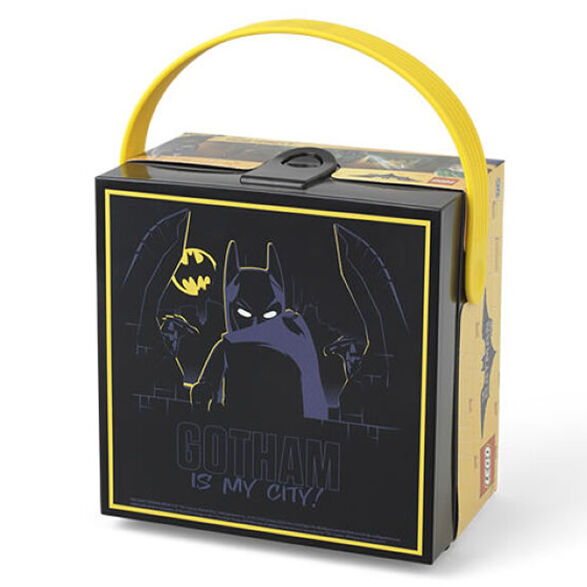 To coincide with the release of the second LEGO film (The LEGO Batman Movie), we're delighted to present this cool LEGO Batman handled lunch box.

Officially licensed by LEGO themselves, this themed lunch box featuring the Dark Knight is a limited edition item and when they're gone, they're gone!

Whilst it may look like a pretty normal lunch box to the uneducated eye, if you're anywhere between 4 and 12 years old, this is a must have item for the school bag.

You really don't need to know the difference between Lobster-Lovin' Batman, Red Hood, Barbara Gordon or Eraser. You just need to know that Batman is cool again and so is his lunch box.

Available only in "Batman Black"....of course!

This product has not received any reviews yet. Be the first?