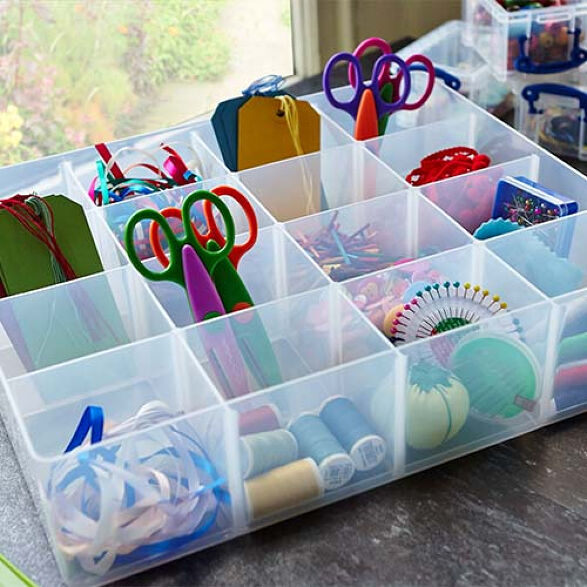 Our 16 compartment storage tray is ideal for separating craft supplies into colour or category and can be used on their own or inside some of our clear plastic storage boxes when laid flat as follows:

Really Useful boxes was a concept developed by the owner who as an accountant at a plastics company wanted a transparent, strong, stacking storage box to store his archive records. After intensive searches proved useless, he decided if you want a job doing well you should do it yourself…and here launched the first Really Useful Box. Evolving over the years into archival storage for CDs, VHS tapes, DVDs and LPs they now claim to have the World’s largest range of storage boxes. Established in 1999 it seemed to be the first time that a plastic storage box was created from a user’s viewpoint. Most people that see the product are impressed by both its simplicity and ability to live up to its name of Really Useful Box.

View our range of products from Really Useful Boxes